You are using an out of date browser. It may not display this or other websites correctly.
You should upgrade or use an alternative browser.

(Any Warcraft players will reconize these xD) 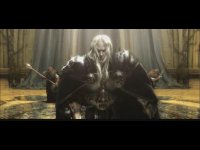 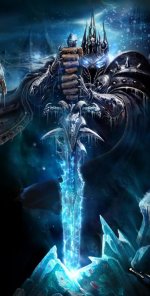 Equipment/Weapon : Cursed and damaged Paladian Armor. The Sword of Lucifer (Above)

Biography : At the age of 8 his family was slaughtered in front of his eyes, his father beheaded by bandits, his mother's throat slit, and his 14 year old sister stabbed to death until unreconizable. His home was burned down and he survived on accident, by falling into a pit trap for an animal. The hunter who had set the trap found the Morence and brought took care of him till he was 16. Then, Morence set off to become a Holy Paladian to serve his god Bahamut (From Dungeons and Dragons). Becoming one at age 21, he served his temple, destroying any evil that had threatened the land, helping the poor of money and health. Age 26, he was sent on a quest to eliminate a Paladian who turned his back on the light and looked towards the dark, and also finding out, he was the man who lead the attack on his family. Through a long travel and a powerful battle, he killed the Dark Paladian with the man's last words "You'll turn, you'll turn to the dark! Lose everything, your family and friends!" Full of rage and revenge, Morence slashed the Dark Paladian's head off without hesitation, going against the Paladian Order Rule, "Spare the ones of evil and give them mercy". Returning back to the temple to report in, lieing saying the Dark Paladian gave him no choice. Three days later, a friend of Morence's who he had loved when he was child had come along, Esper. Still in love with her, he went to see her. Esper pulled a sword up to his throat spitting the words "YOU KILLED MY FATHER!". Shock with horror, Morence didn't know what to do. Feel for the one he loved, or to have pride for getting his vengence for his family. Leaving the town on his war horse towards a place to pray to Bahamut, a dark blackness appeared in night, without hands, legs, feet, no shapes, just darkness. The darkness had offered a deal "If you turn your back on the light, and come join me, I shall give you what you want...i shall give you the girl". Morence feeling confused and upset, he accepted. The blackness's name was Lucifer, he offered Morence his sword. The moment Morence grabbed hold of the sword, he had a terrible pain in his body, a burning, like he was in a fire. His skin was peeling off, becoming paler instead of redder with each layer, until he was ghastly pale. His armor had turned from white to a dreadful grayish black. His hair had turned from silky black to a deathly cold white. Lucifer in his head, he charged back on his war horse, towards the town and temple. Slaughtering every man, women, and child without any hesitation. Turning his back on his god and heart, he become one with the Immortal Leader of Hell.
You must log in or register to reply here.
Share:
Facebook Twitter Reddit Pinterest Tumblr WhatsApp Email Share Link
Top Bottom